St Botolph's church was originally a 14th century building, though it is recorded that there was a priest in Burton Hastings in 1086. 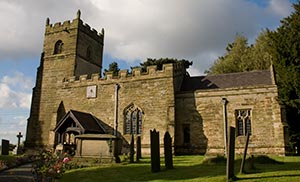 It consists of a chancel, nave, south porch and a tower with crenellation and pinnacles.

More recently the Church has been re-roofed and the exterior walls partly renovated. A new south porch added and the interior refitted.